Satoshi Fumi selects his favourite tracks from the Adaptation Music back catalogue for ‘Perspectives 003’ which include his remixes of ‘Sign Of The Times’, ‘So Happy’, ‘Shoot From The Heart’ and ‘Who Knew’ along with music from Ananda Project, Demarkus Lewis, Julian Sanza, Mr V, Jay West, Asymmetric Soul and much more.

Adaptation Music’s Bonetti continues the new Perspectives series of compilations on Adaptation Music with his favourite selection from the label’s back catalogue including his brilliant originals ‘Happiness Is Freedom’ and ‘Lose My Mind’ both of which entered the Traxsource Deep House Top 20 when released.

“Wow this release is dope. I could play all the mixes..”
JEVNE (ONETHIRTY / BOGOTA RECS)

“This package blossoms, every mix is a winner for those late night club sessions”
MARCIA CARR (MINISTRY OF SOUND / TALKING MUSIC)

Adaptation Music is proud to work once again with Spanish radio presenter, DJ and producer DJ Bee with his third project on the label entitled ‘No Drama’ with solid mixes from Bonetti and Ricky Inch.

Madrid based DJ Bee has been a prominent figure on the Spanish airwaves for a number of years now with his incredibly popular shows ‘House Time’ and ‘Bee Live’ which showcase a variety of the freshest house music. Not only consigned to radio, DJ Bee has played all over Spain and has produced for a variety of labels including those owned by Franco De Mulero and DJ Chus.

Mallorca based producer Bonetti teams up with Adaptation Music again but this time on remix duty following his huge ‘Lose My Mind EP’ release. Bonetti is a prolific producer and remixer and has had projects on numerous labels for the likes of Demarkus Lewis and DJ Spen.

A big supporter of Adaptation but new to the label as a producer/remixer is Estonian producer Ricky Inch. Ricky has built up an impressive discography on the likes of Purple Music, Peppermint Jam, King Street, Seamless, Spring Tube and many more.

Listen to and/or download the show via the link below: 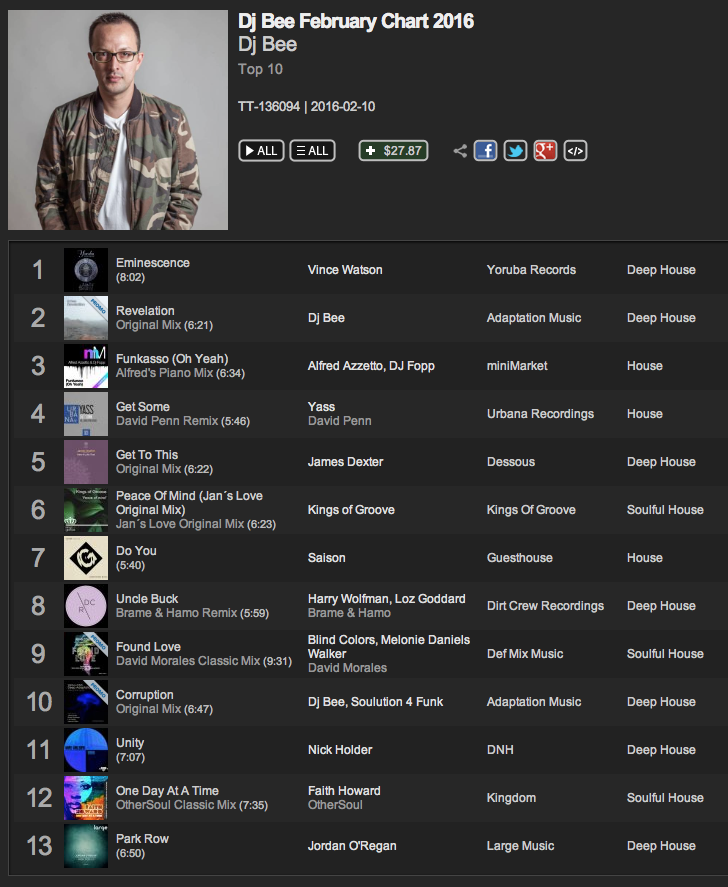 DJ Bee’s February Traxsource chart features his latest release ‘Revelation’ and tracks from Vince Watson, David Penn, James Dexter, Brame & Hamo, Nick Holder and more alongside ‘Corruption’ which features on ‘Deep Adaptation Vol.1’. Check out and support the tracks in the chart via the link below: 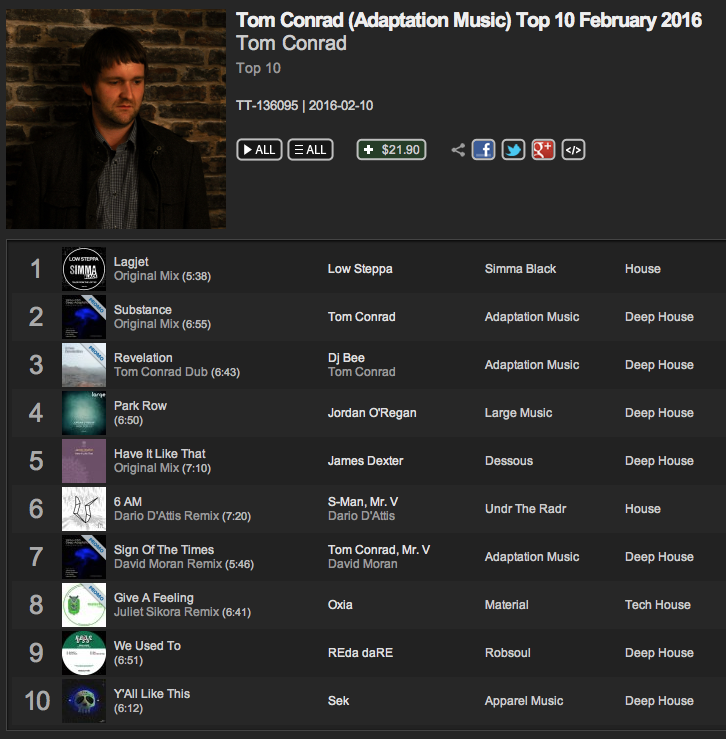 Tom Conrad’s February Top 10 features tracks from Low Steppa, Roger Sanchez, Mr V, James Dexter, Sek, Juliet Sikora and more alongside Tom’s remix of the latest Adaptation release ‘Revelation’ and his two tracks, ‘Substance’ and ‘Sign Of The Times’ which feature on ‘Deep Adaptation Vol.1’. Check out and support the tracks in the chart via the link below:

Listen to and/or download the show via the link below: