Tom Conrad – Flash Of The Mind 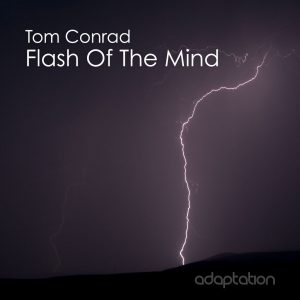 “Will test this …deep and sweet!”
CAFE DEL MAR DUBAI

Adaptation’s 75th or three quarter century marker is a beauty from Tom Conrad alongside the vocals of the multi-talented Alex Senna as well as the lush vocal melodies of Lelani. Alex and Lelani are no strangers to the scene, having been signed to Roger Sanchez’ label Stealth in its early days over a decade ago.

Tom has been a long time fan of the vocal after discovering it in the unsigned Sueno Soul vaults and made it his mission to create something special with it. It was originally intended as a soulful record but Tom has started from scratch and created his typical early 90s retro deep house vibe and used the vocal to its full potential and given it the bass it deserves.

It’s not the first time Alex has switched from super talented music producer to vocalist, with one of his first solo vocal ventures reaching Traxsource #1 entitled ‘Theorema Del Faya’, produced by Anto Vitale and signed to Ian Friday’s Tea Party Music. Louie Vega and many more supported that gem!