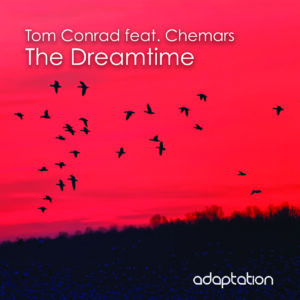 “Love this one.. will def drop”
LARS BEHRENROTH (DEEPER SHADES)

Adaptation’s first release of 2021 is a single from Tom Conrad featuring Chemars entitled ‘The Dreamtime’ which is a fusion of both Soulful and Jackin House with early support from John ‘Jellybean’ Benitez, Quentin Harris, Eric Kupper, Mr V and more.

After a brief hiatus of using his own name for productions, Tom Conrad returns alongside fellow European producer Chemars with a dreamy, uplifting and atmospheric fusion of deep, soulful and jackin house with influences of 80s soul complete with live rhodes and bass. This is one not to miss!

The last year saw Tom create a hip hop album under his ‘Thylacinus’ alias and put out several deep house releases under his ‘Caliorange’ alias alongside Matt Correa following on from his last Adaptation release ‘Twisted Jazz EP’. The new year heralds a busy production schedule on multiple fronts so look out for plenty more music over the coming months.

Track Written, arranged and produced by Tom Conrad and Chemars. Bass and additional rhodes by A. Robertson.